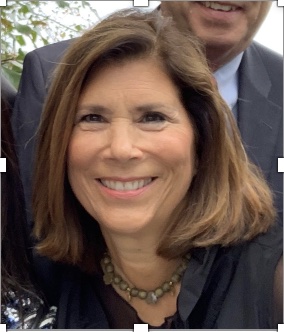 Susan Dunn joined United Way of Central and Northeastern Connecticut (UWCNCT) in 1990 as communications director and was named president and chief executive officer in 2006. Susan was the first woman to lead the organization since its founding in 1924. During her United Way career, Susan was responsible for achieving a record high of $28 million in the annual fundraising effort, leadership giving, communications and public relations along with administrative responsibilities for the organization. She retired April 1, 2016.

Since retiring, Susan co-founded “Beyond Books,” a speaker’s series on current issues for retired professional women in Greater Hartford. In addition, she has hosted several national/international webinars for United Way Retirees Association (UWRA) and the International Women’s Forum CT.

Susan has served as a paid consultant to United Ways and non-profits. In addition, she is a coach for United Way Worldwide’s Mentor Match program and in that capacity has coached numerous local United Way CEOs in the U.S. and Canada. In 2021, Susan completed instruction for interim executive directors provided by The Third Sector Company Interim Executive Academy.

Among Susan’s community activities, she is a past president of the board of trustees of the Harriet Beecher Stowe Center, Hartford, CT. She currently chairs the board of NCCJ of CT, Connecticut and Western Massachusetts. She is a board member of the International Women’s Forum CT, corporator of Hartford Hospital and an Ambassador for the Village for Families and Children. Within the United Way system, Susan currently serves as a Vice Chair on the board of the UWRA, a national non-profit organization.

Susan was named one of Greater Hartford’s 50 Most Influential People (Hartford Magazine, July 2008, 2009 and 2010) and the Hartford Business Journal 2008 Nonprofit Executive of the Year. In 2016, she received a Rising Star Award from the MetroHartford Alliance for her 25 years of service to the Greater Hartford community.

Susan is a member of the class of 1993 of Leadership Greater Hartford and served on the board of directors from 1997 to 2003. In addition, Susan is a fellow of the American Leadership Forum, Class XV.

In 2002, Susan was awarded the Junior League of Hartford’s President’s Award, the highest honor for the League. She was the second League member to be awarded this honor since the award was instituted.

Prior to joining United Way, Susan held a variety of paid and volunteer positions for West Hartford Community Education, the Junior League of Hartford and the Newington Children’s Hospital (now Connecticut Children’s Medical Center) among others.