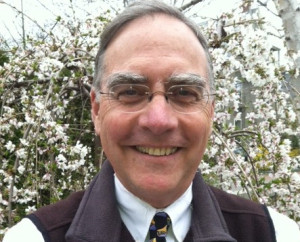 Mr. Reece is a seasoned executive with over 40 years of management experience in both industry and not-for-profit organizations. An enthusiastic entrepreneurial leader, he has established strengths in strategic planning, fundraising and financial management, product and program introduction, marketing, organizational transition management, and board development.

“Frank”, as he is known, recently served as the Interim Executive Director of the Cambridge Historical Society.  Prior to that, he served as IED for Tower Hill Botanic Garden in Boylston Massachusetts. His eighteen-month service as “interim”, allowed this 174-year-old nonprofit’s Board of Directors the luxury of time to find the appropriate, permanent leadership for the organization. The transitional role that Frank fulfilled enabled the new leader of the organization to inherit a healthy operation with motivated employees embracing organizational change.

Frank’s career story is divided into two distinct chapters with a common theme, organizational leadership. In the first chapter of his professional life, he served as the leader of several entrepreneurial for-profit organizations, one of which he founded himself. Frank has experience in traditional manufacturing organizations and has international sales and marketing experience from his twenty years at the Reece and Zymark corporations, has founded a telecommunications company named USTeleCenters, merged it into and served as president of the public company, ViewTech. After serving as President of the public entity, he sold the business units for the benefit of shareholders.

Frank transitioned from his for-profit to his not-for-profit career with an interim experience serving as a Senior Fellow at Tuft’s University’s College of Citizenship and Public Service. More recently, in his second chapter as an executive, Frank has dedicated his leadership energies to the nonprofit arena, particularly environmental science education for urban youth and experiential learning through horticulture and the natural world. He co-founded the Global Habitat Project and oversaw the merger with the Urban Ecology Institute which he subsequently managed. Frank’s interim assignment at Tower Hill drew upon his former significant roles in both his for- and not-for-profit experiences.

Currently serving on the not-for-profit Boards of Cambridge at Home, Mt. Auburn Cemetery and the Worcester County Horticultural Society [WCHS], Frank is a former board member of EarthShare of New England, The Benjamin Franklin Institute of Technology, the Germaine Lawrence School, the Guidance Center, Inc. of Cambridge and a former Trustee of the Massachusetts Horticultural Society and Noble and Greenough School. Frank serves on the Education and Development Committees for Mt. Auburn Cemetery and the Investment and Master Planning Committee of the WCHS Board.

Frank is a graduate of Harvard College and resides in Cambridge Massachusetts with his wife of 45 years, “Sam”. Their two grown children, Tom and Bettina, also live in the Greater Boston area. He continues to learn about the wonders of life from his two young grandchildren.