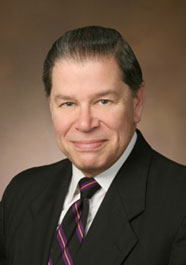 Michael Halperson is a visionary leader who inspires teams to work collaboratively and constructively to achieve more than they thought they could. His approach to challenges engages people to take responsibility for outcomes, and results in impressive team accomplishments. He insures commitment to and understanding of mission on the parts of everyone involved in an effort, and works to facilitate harmonious group success. He has helped marginally sustainable organizations turn themselves around and reinvent themselves, resulting in opportunities for growth and increased mission commitment and investment.

Mr. Halperson’s career has included varied responsibilities in diverse settings, ideally suiting him for general management, leadership positions.  He is a hand-on leader who not only promotes co-operative group harmony, but also facilitates mutual commitments among team members, resulting in predicted outcomes.  He has worked in Human Resources, Industrial Relations, Manufacturing, Sales and Marketing, among other areas. He understands the difference between being a manager and being a leader. He consistently strives to achieve a balance between the two for the benefit of the organizations he serves.

He has been an Overseer of the Boston Symphony Orchestra since 1995, and served as chair of the Boston Pops Annual Fund and, for 19 years, as a member of the Audit Committee. His work with Boston Ballet began as a member of the Boston Ballet School Board which later led to membership on the Company Board with many years as a member of the Executive Committee. He has solid experience with the issues surrounding not-for-profit organizations’ financial sustainability. In 2006, he was a gubernatorial appointee to the newly-created Massachusetts Cultural Facilities Advisory Committee, and elected Vice Chair. After seven years of service, he took a hiatus, and, in 2017, was reappointed to the committee by the Governor. This broadened Mr Halperson’s not-for-profit exposure to include some of the entrepreneurial, smaller groups in the Commonwealth.

Mr. Halperson’s professional pursuits have included assignments as Manager, Director, Corporate Director, Vice President, Divisional Vice President, Executive Vice President, and President. He served two companies for close to two decades each, and he was promoted successively in each of those organizations. He consistently helps bring out the best in team members and leads them to solid results.

Michael holds degrees from Union College (Schenectady, NY), University of Massachusetts (Amherst), and did Advanced Graduate Study at the University of Denver.  He was appointed a commissioned officer of the United States Air Force, and was awarded the Air Force Commendation Medal for meritorious service.